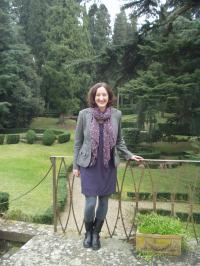 Although I'm now a historian, I began my career studying – then working in – politics and the media. I graduated with a first-class degree in Politics and Communication Studies from the University of Liverpool in 1996. I later worked for the BBC Political Unit, including as a researcher and TV producer.

In 2004 I returned to full-time academic life to study for a PhD in History, which I completed in 2008 at Royal Holloway, University of London. My thesis was supervised by Professor Sandra Cavallo and entitled 'Renaissance diplomacy in practice: the case of Gregorio Casali, England’s ambassador to the papal court, 1525-33'.