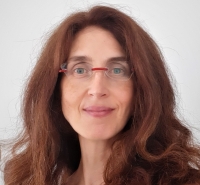 Sociologist of gender, ethnicity and migration

I hold a permanent position as a Senior Lecturer in Sociology at the University of Glasgow, UK, and I am an associated member of CRRESPA/GTM Genre Travail Mobilités (research centre on Gender Work and Mobilities), CNRS (National Centre for Scientific Research), Paris, France.

In 2018-2021 I was British Academy Mid-Career fellow (project title: Gender and the populist radical right in Europe) as well as one of the reasearchers in the project BRaVE - Building Resilience Against Violent Extremism and Polarization (EU Horizon 2020 - Research and Innovation programme, http://brave-h2020.eu/).

Since 2010 I have researched gender relations in anti-immigration activism in Europe (European Research Council Starting Grant, Gendering activism in populist radical right parties. A comparative study of women’s and men’s participation in the Northern League (Italy) and the National Front (France), 2012-2014’).

Since 2001 I have carried out ethnographic comparative research work on migrant domestic/care workers (PhD research titled Migrant women and men in domestic service in France and Italy. The social construction of work relations at the intersection of gender, 'race' and class, 2001-2005, funded by French Ministry of Research, Allocation de recherche).

You can find further information on my work on my University of Glasgow webpage, on my Academia.edu page, on my Researchgate.net page and on my Google Scholar page.