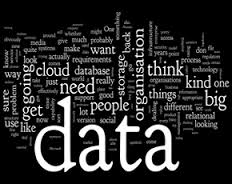 [1] Examining xenophobia in Greece during the economic crisis: A computational perspective

Description: The basic aim of this research effort is to examine the phenomenon of xenophobia in Greece through a large-scale multi-source study based on the use of advanced computational social science approaches. There is a common perception that xenophobia is a deep-rooted social phenomenon that reasonably escalates under circumstances of severe economic crisis. In line with this argument, xenophobia should have been raised in Greece after the outburst of the economic crisis in 2009. Drawing on a vast amount of data from a rich variety of sources and exploiting a wealth of research instruments, we will try in this study to test the validity of the above-mentioned argument targeting and addressing the following research goals:

a) To study the historical evolution of the phenomenon of xenophobia in Greece from the 1990s onwards.
b) To examine whether or not the recent economic crisis has raised the xenophobic sentiments and behaviours of Greeks against any kind of “others” and/or immigrants.
c) To decompose the effect of the economic crisis on the behaviour of the Greek people against the “others” and immigrants in order to examine the expressions of continuity as well as the possibility of change with reference to xenophobia as a social phenomenon deeply rooted in the perceptions and consciousness of Greeks.

To achieve the above goals, we will create a large event database capturing events that happened in the timespan of the last twenty years and which are related to the phenomenon under study. All entities (people, organizations and locations) involved in these events as also as the sentiments and emotions expressed will also be captured and coded in a knowledge network facilitating the exploration, interaction and further analysis of the social interaction in the Greek society.

Description: In a period of major changes in Greece due to the economic crisis, there is a widespread disappointment among citizens over the management of economic crisis in EMU countries. Disappointment is combined by lack of knowledge over the actual opportunities that the EU offers to citizens in order to transform their lives. The project aims to provide and disseminate essential knowledge on how the EU works, the rights of EU citizens and practical information on EU policies and programs ameliorating the lives of citizens.  The participants in the project events will acquire knowledge enabling them to progress their educational/ professional plans in the EU and enhance their civic skills. Main indicators of achievement of the project will be its appeal to the civil society through percentage of participation of various societal groups and evaluation of participants regarding the relevance of knowledge acquired and impact of the project on developing their personal/ professional/ civic skills.

The EU Performance at the United Nations General Assembly (EUP@UNGA)

Description: In May 2011, a Resolution of the UN General Assembly (UNGA) created a conducive institutional framework for an enhanced EU international presence in the UN. The Resolution covers all UN deliberations conducted in the UNGA, and its subsidiary bodies – committees, commissions, working groups - as well as conferences under the auspices of the UNGA (UNGA Res. 65/276). Under the terms of Resolution 65/276 the EU representatives do not have the right to vote and co-sponsor draft resolutions or decisions, but are allowed to make interventions, be invited to participate in the general debate of UNGA, and present proposals and amendments orally as agreed by the EU member-states. This development constitutes a significant institutional innovation for the UN with potentially far-reaching political repercussions for the UN and the EU alike. It paves the way for further engagement of the EU Presidency, as the natural EU representative, in the management of EU interactions with the UN and more broadly with international organizations.

The Lisbon Treaty has introduced a hybrid system of EU Presidency that combines a permanent and a rotating format, the former for the European Council and the Council of Ministers of Foreign Affairs and the latter for the other Council formations. In that respect, it has created new institutional actors of major political visibility. In either format, external representation constitutes one of the main Presidency functions and one of the main reasons that led to the establishment of the (semi-)permanent posts of the EU Council President and the High Representative. Already four years after the selection of Mr. Van Rompuy and Lady Ashton in the two posts and in light of the Resolution 65/276, it is high time we investigated their record of activities alongside the rotating Presidency vis-à-vis the international performance of the EU, especially in the UN.

In that respect, our research comprises two axes. The first axis focuses on the external dimension of the new Presidency system, in light of Resolution 65/276, and asks in particular what the implications are for the EU international identity. The second axis is introvert in nature and examines the intra-EU political and institutional consequences of these developments, in particular the impact on the intra-EU, inter-institutional balance. It is necessary to stress that we take for granted that the EU constitutes already an international actor. We are interested in addressing the question whether the EU is an effective actor, and especially the contribution to that end of the Presidency -in either format- after the adoption of Resolution 65/276.

EU oral interventions at the UNGA Plenary sessions and the Six Main UNGA Committees' meetings for the following UNGA sessions:

Available upon request (excel file) or at www.eup-unga.eu for updated files.