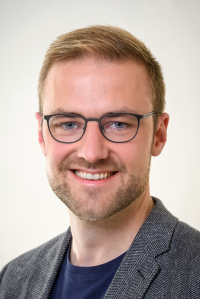 I am a political economist with an interest in the role of fiscal policy in the process of institutional change in advanced economies. I work as a senior researcher in comparative political economy at the University of Zurich.

After studying economics in Münster and St. Gallen, I have spent my research career in several different institutions: during my PhD at the Max Planck Institute for the Study of Societies in Cologne, afterwards as a Max-Weber Fellow at the European University Institute in Florence, and most recently as a John F. Kennedy Memorial Fellow at Harvard University’s Center for European Studies. Since 2018 I am an elected member of the Junge Akademie, the German national academy for young academics. Since July 2020, I am the speaker of the Junge Akademie.

In my research, I study institutional change in the political economies of advanced welfare states. I am particularly interested in the public finances and questions of public debt and taxation. My research has been awarded the Otto Hahn Medal for outstanding scientific achievements by the Max Planck Society and the Deutscher Studienpreis (German Thesis Award) by the Koerber Foundation.

In my book “Die schwarze Null. Über die Schattenseiten ausgeglichener Haushalte“, I analyze countries that have been running budget surpluses for an extended amount of time, often for more than a decade, and compare them to the German experience. I ask how these countries have used their surpluses: Were they saved, used for tax cuts or for financing new spending? I argue that surpluses have not signaled growing fiscal capacity but shrinking fiscal ambition and have thus failed to re-increase the fiscal capacity of the state.